A Punishing One Star Review: From Despair to Reconciliation 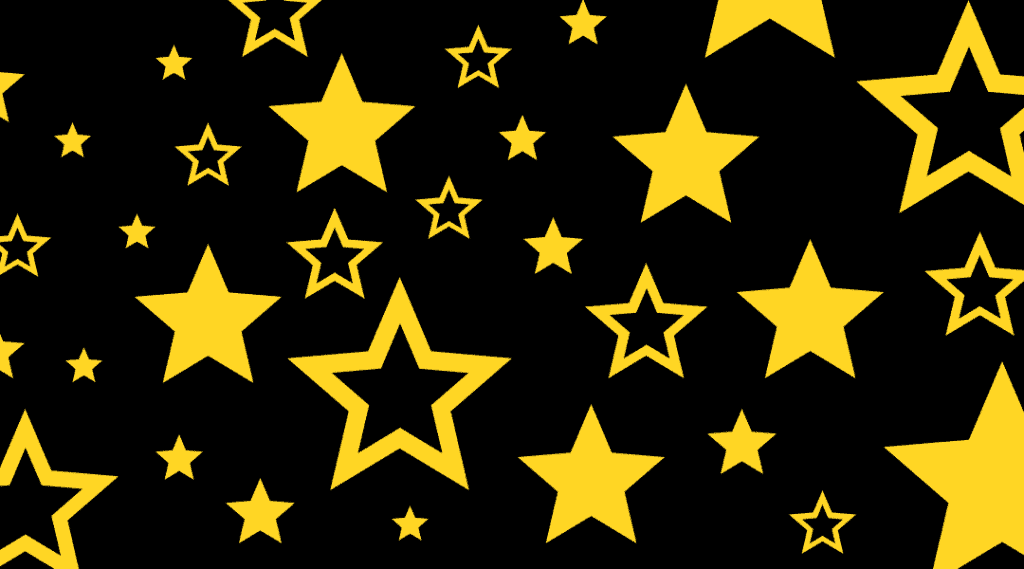 It was the heyday of my store’s 5 years on “The Coolest Street in America” – Abbot Kinney Boulevard in Venice, CA. My store, Tech Studio, was doing extremely well, partially from good SEO and the foot traffic on the street. Sometimes, we would get several hundred customers in the store a day. Even though we sold one of the most unique collections of electronic gadgets in the world, and abstract art ranging in price from $50 to $12,000, our bread and butter was Mac, PC and iPhone repair. And the majority of our business came from our free Yelp profile and meager Yelp ads budget.

We averaged about 10 new computer repair customers per day, and on some days it would be 15 or more. Sometimes our 13 phone lines would ring 100 times per day! It was the type of success any business owner would be proud of, and I was no exception. Especially since I had just opened the store less than 2 years prior. It was an exciting time filled with tremendous possibilities. I'd recently started my Local SEO Services and CRO services business on the side. But the technology store was taking up most of my time. 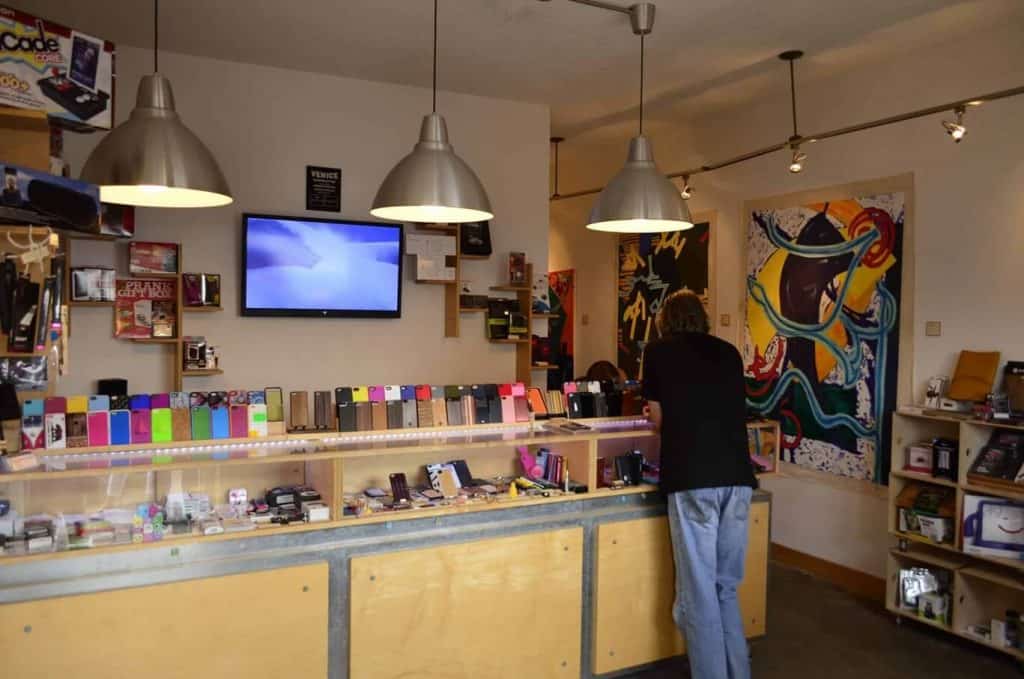 The store was so busy, I couldn’t get much admin work done. People would come in and ask to speak with me, sometimes for an hour or more. So I chose to work from home a few days per week. One day I was working from home, and I noticed an email in my inbox that stated we’d received new review on Yelp. I immediately opened the email, and immediately logged onto my Yelp business dashboard. I instantly became nauseous when I saw the longest one-star review I’ve ever seen. It literally took up the entire page and must have been 1,500 words. The review was so long, that if anybody searched and found us on Yelp, all they would see is a giant one star review that encompassed an entire page, and then some. Even though our overall rating was 4.5 Stars, our phone call volume immediately decreased by over 50%.

The damaging power of a one-star review

I remember the first time my business ever received a one-star review. IT was 2009, and after learning some basic SEO, my business was starting to show up in the Google Map Pack, which at the time, was 7 listings. I got so busy that I hired my first full-time employee. But most of my new customers still came from Yelp. I’m not sure why, but people in West Los Angeles love Yelp. People all around Los Angeles love Yelp, but west Angelenos really  love Yelp.

The two of us were working out of my garage while occasionally leaving to do service calls and sometimes the phone would ring 25 times a day. It was a phenomenal feeling. And then one day, I received my first one-star review on Yelp. It was a crushing feeling to witness the phone nearly stop ringing. It went from ringing 25 times a day, to ringing 3 – 5 times per day. It was extremely painful, but I fought back and learned a lot about customer service and reputation management.

And now back to the story of the punishingly long one-star Yelp review.

It was 2014 when it happened and we were still getting much of our business from Yelp. The one-star review caused our phone call volume to go from an average of 75 calls per day, to around 25. And I knew it was because of the Yelp review. I’d been through this before. When a customer went to Yelp, all they saw was that one review. The newest review. The full-page plus one-star review.

The review was incredibly damning, illustrating a clear mistake on our part. The customer went into elaborate detail about how my team screwed up. He didn’t rant, he just calmly explained what idiots we’d behaved like.

Why would anybody call us when all they saw on Yelp was this remarkably lengthy one-star review? And they weren’t calling. Our phones felt like they just stopped ringing completely. The only customers we were getting were from Google or foot traffic. And our daily computer repair check-ins went from around 10 per day, to 3 – 4 per day.

Because of this customers absurdly long 1-star review, my store was suffering devastating revenue losses by the hour.

After I read the terrible review, the first thing I did was call the store. I talked to the technician in charge, and he explained the situation to me. Sometimes when things go wrong, it’s the customers fault and they’re just being unreasonable. Other times, it’s a parts supplier that caused the problem. And other times, it’s a combination of many factors. But this time, it was our fault. We screwed up and there was no other way about it. A part that was supposed to be ordered, was never ordered. To make matters worse, the customer drove all the way back from Long Beach, two hours roundtrip in heavy traffic, to pick up his computer, and it wasn’t ready. Its completely understandable why he was upset enough to write the bad review.

Me: “Hi this is Robert, the owner of Tech Studio in Venice Beach. How are you today?”

Customer: “I’m fine, how can I help you?

Me: “I understand you had a bad experience at my store and I’d like to offer you a refund.”

Customer: “Yes, I would appreciate a refund.”

I said “No problem, I’d also like to invite you down to our store for a free service to fix the problem for you at no charge.”

Customer: “I live in Long Beach an hour away, two hours round trip. I just so happened to be in Venice at the time of the repair, but don’t get out there very often. Thank you for your offer, but it’s just not helpful to me.”

So I issued his refund, and emailed him a receipt. In the emailed receipt, I thanked him for his kindness during our phone conversation. Then I asked if he would consider removing the bad review.

I waited a few days only to find out he had indeed not removed the review. Meanwhile, my store had suffered a significant losses in sales. In fact, we lost several thousand dollars in sales. So a couple of days later, I decided to give him a call and ask him personally if he would consider removing the review. I called him and he answered, and the conversation went something like this:

Me: “Customer, good day. I just wanted to make sure that you received the refund that I sent you?”

Customer: “Yes I did, thank you very much.”

Me: “I was wondering if you would consider removing the bad review you wrote”

Customer: “I don’t see why I should remove the review. You did not do good work on my computer, and it was very troubling. You wasted my time, your team did not communicate well, and I wasted a 2-hour round trip. You earned the review and now you have to live with it.”

I think I went a little blank after that, and thanked him and hung up the phone.

This extremely long one-star review was causing lost sales by the minute. It was insanely painful to have the phone call volume decrease so dramatically, and in such a short period of time. My daily cash flow went from booming to bust. I was a little beside myself, and I didn’t know what to do. In the past, I had successfully convinced customers to change one-star reviews to five star reviews, or have them deleted. But this one seemed like a dead end. I felt like my only other option would be to generate as many new reviews as possible, as quickly as possible. But even then, because of Yelp’s algorithm, it might take weeks to push that 1,500-word review onto the second page of our Yelp profile. 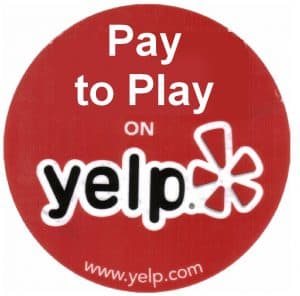 The next day, I started by Googling how to convince a customer to remove a bad review. But I’d already read all of the good articles. And I’d even used some of the techniques in them. This bad one-star review one was different. This one felt permanent. In an instant, inspiration struck, and I got an idea. I decided that I was going to buy the customer a gift basket. Even though his review had already cost me thousands of dollars, I decided to spend another hundred to see if I could undue the future damage. I had the customer’s physical address, so I ordered a gift basket online, and had it sent to him with an apology note.

But in the apology note, I didn’t ask him to remove the review, I just explained to him how sorry we were for his bad experience, that everything he said in his review was correct, and that we made an honest mistake. I empathized with the time we caused him to waste, and stated that we’d learned a valuable lesson.

I got confirmation of the gift basket delivery the next day, but didn’t hear from him. Another 3 days went by and I still hadn’t heard from him. By then the lost sales had piled up to the tune of over $10,000. Once more, out of sheer desperation I called the customer again. The conversation went something like this:

Me: “Hi, this is Robert from Tech Studio, and I’m just wondering if you received the gift basket we sent you.”

Customer: “Yes I did, thank you very much it means a lot to me.”

Me: “I was wondering if there’s any possibility that you would find it in your heart to remove the one-star review.”

Customer: “You know what, I really appreciate how persistent you are. You’re a good and thoughtful businessperson. I’m impressed with how much you care about your company’s reputation. So I’m going to remove the one-star review.”

An hour later, I checked my Yelp profile and it was gone. The phone started ringing 50 – 100 times a day the very next day. 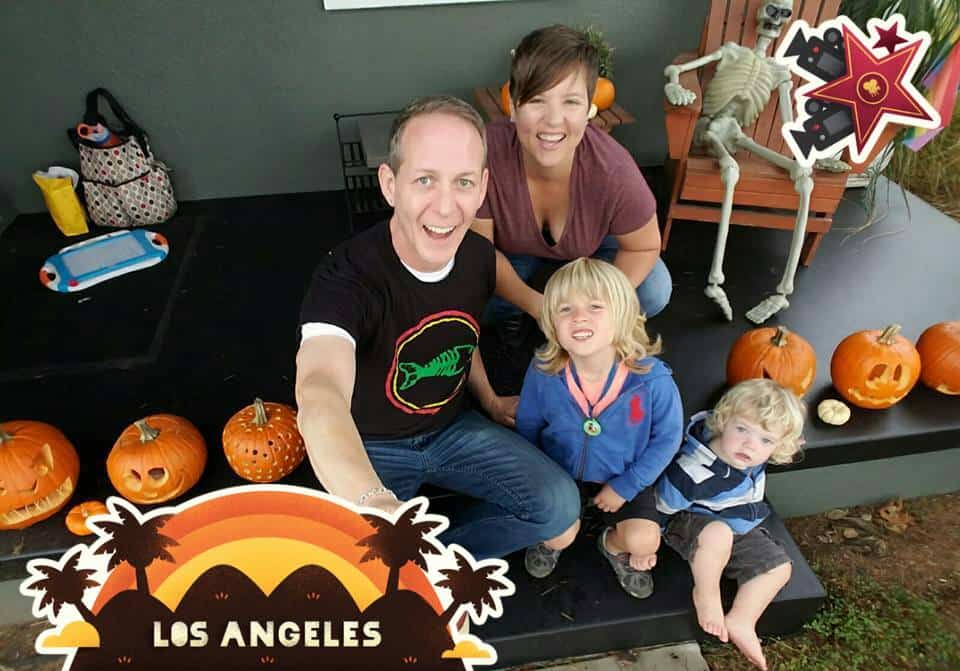